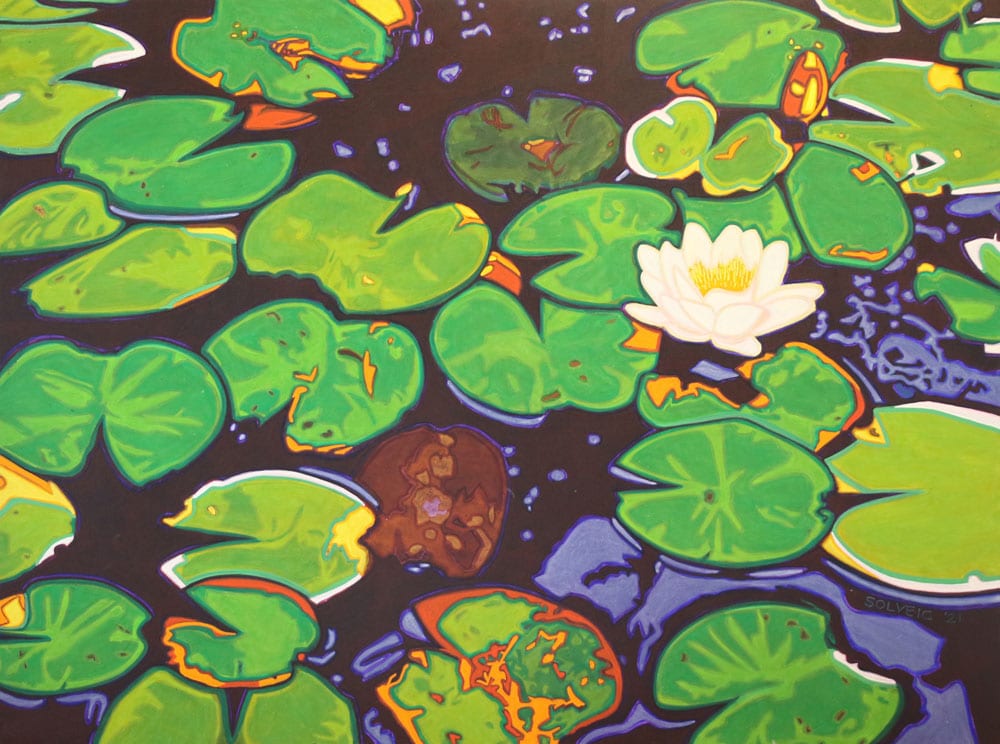 Recently I visited the Japanese Gardens in Toowoomba, Queensland. I strolled around in peace and serenity and onto a red arched bridge spanning part of the lake. Looking down I saw lily pads and beautiful occasional blossoms. I was reminded of Claude Monet’s “Waterlily” series. He also stood on his white arched bridge looking down at his compositions. He is a hero of mine pioneering the Impressionist style of painting. I was keen to capture my own Graphic Impressionist interpretation of this subject matter.

So, inspired by Monet I painted ‘Ode to Monet’. As I observed my subject matter with my artist’s eye I became taken with the way the whiteness of the waterlily became illuminated and radiant. Compared to its environment it became my focal point. I couldn’t look away. I was touched, moved and inspired by its beauty and poignancy. As I   was  leaving I was hoping I could capture that moment of ‘magic in the ordinary’ in my own painting. Have I?

Keep up to date wih relevant news and events and be the first to know about art launches and product releases.

You have Successfully Subscribed!